The ABCs of Getting Creatively Kinky

When it comes to sex, I often fall on the ecru side of vanilla, but even I have found an easy way to let my freak flag fly, without having to enter the Red Room of Pain.

Not sure how to take your Friskymobile to Carnal Town? Creative car sex is as easy as A,B,C.

Always have your sexy time INSIDE the car. You might think, “Hey, if the flag is flying, I might as well indulge in that Tawny Kitaen fantasy, right?” No, friend. You don’t want to do that. The hood of a car is as cold, hard and unforgiving as Stalin when he’s hangry. Plus, between knees, asses, and the weight of the beast with two backs, there is an excellent chance you’ll dent the shit out of the hood.

You may not be thinking about car repair when the sweet trumpet of lust is playing, but you’ll wish you had once you’re shelling out hundreds of dollars to get your hood fixed. And when you end up paying for the joy of that mediocre sex, you’ll wish you had ponied up for a high-priced hooker instead. 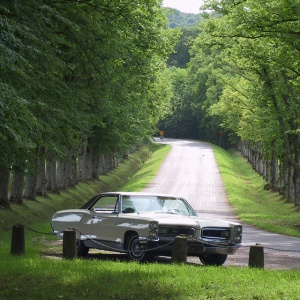 This car, oozes sexiness. Count me in!

Come to a complete stop. I have a … friend … who thought it would be the bees knees to mount her man WHILE HE WAS DRIVING. Because sex isn’t interesting enough without throwing some death-defying stunts into the mix. I mean, if you have to go, you might as well go in the heat of an orgasm, right? Although that might be a hard one to explain at the Pearly Gates.

St. Peter: So… what were you doing when the car crashed?

St. Peter: Are you going to do that in here?

Let’s avoid that mortification by keeping your cowgirl in check, hm?

Enjoy it! This is the last and best piece of advice. I mean, you’re getting laid after all, and that is always a good thing.

4 responses to “The ABCs of Getting Creatively Kinky”